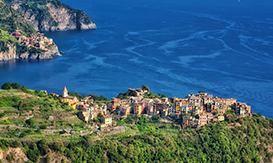 The mountain range that runs parallel to the sea in which nearly 800 meters ensures the Cinque Terre shelter from cold winds. The southern stream, more hot and humid, escalate the ridge and colliding with the cold ones, are the cause of frequent mists and high rainfall. The vegetation, typically Mediterranean, includes the maritime pine, Aleppo pine, the Holm, sea fennel, red valerian, euphorbia, broom, strawberry tree and thyme. Of great scientific interest are some endemic species, such as Santolina ligustica, Centaurea lunensis and Centaurea aplolepa. Among the animals stands out the presence of the herring gull, peregrine falcons, buzzards, the wild boar, the badger, the fox and the wall lizard. At sea we remember bream, anchovies, sea fans, the seagrass and some sponges. 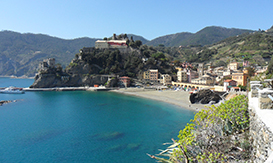 The Cinque Terre coastline is steep and rocky, full of bays and coves. The beaches are therefore few and limited, all different. At Fegina, the new Monterosso is the largest beach, remarcably considered by the US magazine “Forbes”. The sand is sometimes gravelly and sometimes end, interspersed by suggestive rocks, as that of the Quarto or Mapassu. Also the historic village has its own beach, accompanied by the pier in the west and from the rock of Corone at east. Corniglia instead boasts a very small discreet one located under the train station and is characterized by the presence of a wall that reflects light and heat. The second is to Guvano, favored destination by nudists. Vernazza, Manarola and Riomaggiore have rather small but picturesque beaches.

Discover from map below where you can find the best beaches on Cinque Terre:

The Sanctuaries Trail (Via dei Santuari)

In each of the five villages of the Cinque Terre there is, halfway up, a Sanctuary to which the inhabitants have always been linked by deep devotion. Five churches connected on the village by steep mule, real “Via Crucis” traveled today by believers during the annual recurrences. Of great historical and natural interest is the so-called Strada dei Santuari, an horizontal path that connects all five spots. It is one historic route, walking, riding or cycling, crossing terraced land, orchards, old farm houses, small settlements often abandoned and which offers incomparable views of the Cinque Terre and significant historical and spiritual insights. A simple route, affordable to anyone, divided even in stages. 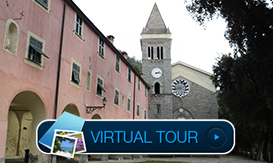 Starting from Soviore climb for a few hundred meters down the road Levanto- Pignone, to the beginning, shortly before the deadline of the path Colle 8 / b. Path, panoramic and linear, along gardens, stone walls and streams, immersed by the Mediterranean forest reborn after a devastating fire a few years ago. After leaving the road you go down the river to overcome Mulinaro, you continue to the Capanna Ricchetto then down again along the Mesorano coast. Make a short flat stretch and reach the road linking Vernazza to the Foce Drignana. From here, after a few bends, a short path leads to the lower Sanctuary of the Madonna di Reggio. Variation: in front of the fountain placed at one end of the square of the church start the path n. 8 going down to the Vernazza railway station. 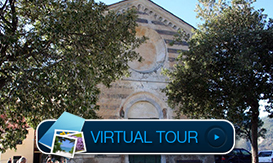 Left the Sanctuary of Reggio up along the road leading to the Foce Drignana up to meet the path 8 / a, a little-used trail is for the length, with lack of significant points sights and transit sometimes difficult. The trail, which follows the orographic profile before bending inward, then again towards the sea, crosses olive groves and streams, along crops and small groups more or less inhabited, now on dirt, now on real mule trail. At Muro Superiore finally the trail crosses the road leading to the small village of San Bernardino, where is the Sanctuary of Our Lady of Grace.

Variants: from the Sanctuary you can reunite with the path to Blue Trail and to Vernazza, thanks to the path n°7, or above Corniglia, with the most difficult 7/b. 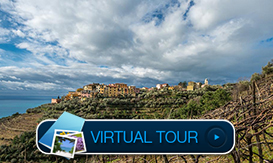 From the Sanctuary of San Bernardino take the path n. 7 up to the small village of Fornacchi. From here you leave the trail and you walks on the road towards Riomaggiore; the road coincides for a few hundred meters with the path n°7 in coming down from the ridge. Once at Case Pianca junction take the path n°6/d that, among forests, terraces and small streams, reaches Porciano, a tiny rural village of suppository Roman origin. Even a short stretch halfway, which offers a magnificent view of Corniglia and Manarola, and you get to Volastra where the town Shrine of Our Lady of Health.

Variant: going down from the Sanctuary, after the town, follow the path n.6 ending in front of the car park, behind the town of Manarola. 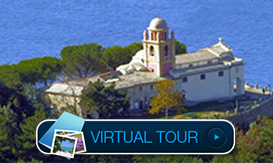 From Volastra you take the path n. 6, the same one that descends to the village of Manarola, until it meets the road to the Sanctuary, a few hundred meters before the junction that leads to the town. From here you walk along the road, usually not very busy and, after passing a tunnel, you will reach a wide hairpin bends down, from which originated the path n. 3, rising from Riomaggiore and leads to the ridge crossing the halfway the square on which stands the Sanctuary of the Madonna di Montenero.

Variation: after leaving the Sanctuary rises again, always along the path n. 3, until you reach a dirt road. From here you can reach, always follow the dirt road, The Telegraph, or take the trail and reach higher, the path of the ridge height of the Fort Bramapane.

The Cinque Terre are within a National Park since 1999. The Istitution is the only one in Italy aimed at the protection of a landscape in which man has created a stable life and mutual coexistence between himself and nature. Simultaneously with the Park it was established the Marine

Natural Protected Area of Cinque Terre, between Punta Mesco and Punta di Montenero west to east, divided into three different bands for degree of protection (A, B and C). The purpose is to protect the marine environments and biodiversity, characterized by species animals and plants not common in the rest of the Mediterranean. There are and indeed vast seagrass and gorgonians forming underwater meadows, natural shelters for many marine species.